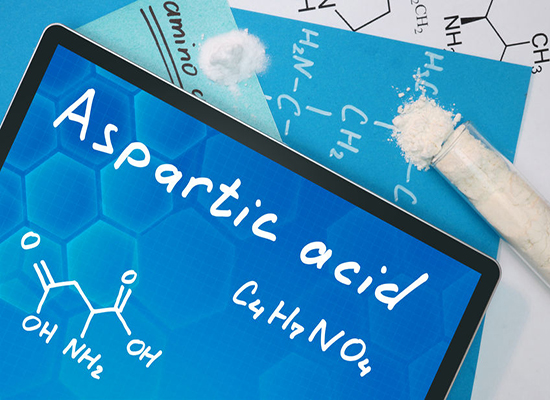 Aspartic acid is a nonessential amino acid that is produced by the human body. Nonessential means that the body will produce this amino acid when it is not present in sufficient quantities from the foods we consume. Also known as asparaginic acid and L-aspartate, this amino acid plays a role in every cell in the body. Scientists believe that it is an essential part of hormone production and release as well as in normal nervous system function. It is a precursor to other amino acids produced in the Krebs cycle, including argnine, methionine, threonine, isoleucine and lysine, meaning that it must be present for production of those other amino acids.

Where Aspartic Acid is Found

Individuals who have eating disorders, experiencing malnutrition or who have diets low in protein, may end up experiencing deficiencies in aspartic and other amino acids. Such deficiencies can lead to extreme fatigue and depression.

The role that aspartic acid plays in generating cellular energy makes it a treatment for treating chronic fatigue. It moves coenzymen icotinamide adenine dinucleotide (NADH) molecules from the cell to its mitochondria where it generates adenosine triphosphate, more commonly known as ATP, which fuels cellular activity. The more NADH you have, the more energy you have. Studies have even shown that aspartic acid increases stamina and endurance in athletes. Other benefits of this amino acid include transporting minerals for the formation of healthy RNA and DNA. Aspartic acid may play a role in the absorption of minerals from food into the body. It also strengthens the immune system by increasing production of antibodies and immunoglobulins.

Designed to assist the body produce and utilize its own HGH, GHR Natural has developed Growth Hormone Releaser (GHR) a 5th generation, private label HGH supplement after a decade of industry research, including human studies, customer feedback and independent analyses.

Benefits on the brain are immense. NADH may boost production of neurotransmitters and other chemicals, so it keeps your mind sharp. It removes excess toxins that can damage the brain and the nervous system, as well as the liver.