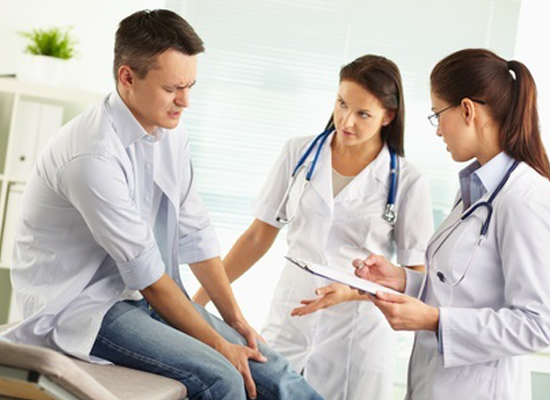 What are the Most Common Joint Diseases

The term 'joint diseases' encompass any diseases or injuries that affect the human joints. A join is an area of the body where two or more bones come together, such as the knee, hip, elbow, and shoulder. These diseases vary from one to the next in intensity and life-span, but the majority of them cause varying degrees of discomfort. Some joint diseases are short-lived, while others are debilitatingly chronic on a fairly long-term scale. People suffering from such diseases may feel nagging discomfort or excruciating pain.

Joint diseases are also not limited to a single joint. They can affect many different parts of the skeleton, and the localized area can change depending on whether the disease is hereditary, for example, or the result of an injury. Keeping joints healthy is largely dependent on living a healthy, active, and mindful life, and maintaining their health is a crucial element for living a pain-free, mobile lifestyle.

Arthritis, the best-known joint disease, affects the joints and surrounding tissues. It can be hereditary and/or develop later in life and can be categorized into two subtypes. Osteoarthritis is a painful, degenerative form that often presents in the hips, neck, knees, lower back, and small joints in the hands. It typically develops in areas that are injured by repeated use while performing specific tasks, such as a maneuver in a sport or activity. The cartilage that cushions the bones eventually wears down and, as a result, the bones painfully rub together. This grating sensation greatly reduces joint flexibility and causes swelling and the development of spurs.

Rheumatoid arthritis, by contrast, is an autoimmune inflammatory disease in which the body's own enzymes attack the healthy tissues. This usually takes place in joints in the fingers, wrists, thumbs, elbows, shoulders, feet, knees, and ankles. In addition to the pain, stiffness, swelling, malformation, and reduced movement and function, Rheumatoid arthritis attacks the immune system, causing systemic symptoms such as fever, fatigue, anemia, eye inflammation, and weight loss.

While arthritis is undoubtedly the most well-known and fairly common, there are many other ailments that affect the joints, such as bursitis and bone dislocations. The latter evolve as a direct result of an injury that forces bones out of position, such as those incurred during a contact sport or a bad fall. Dislocations are an emergencies that should be immediately treated and set back into place to allow for proper healing.

Joint-Eze only uses the most effective anti-inflammatory ingredients and pharmaceutical grade natural extracts available to ensure optimum health and vitality. Life and aging take their toll on our joints. Consider adding Joint-Eze to your daily diet to help balance your nutrition and assist your overall health and wellness.

Bursitis occurs when a bursa - a fluid-filled sac that cushions a bone and another moving part - becomes inflamed. Kneeling and leaning on one's elbows are the most common triggers for bursitis, and the resulting symptoms include pain and swelling. Rest, pain medication, and anti-inflammatory medications are commonly used for treatment, but extra measures are sometimes needed to relieve pressure from the bursa.

RICE (Rest, Ice, Compression, and Elevation) are the go-to remedies for alleviating joint pain. However, more serious and/or chronic discomfort should be evaluated and treated by a healthcare practitioner, who can determine if more drastic methods, such as surgery, are necessary.