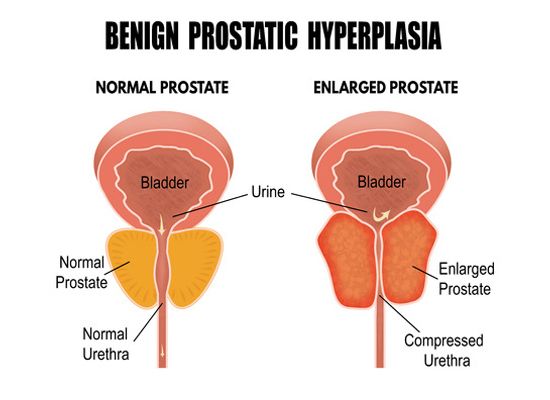 Why Do We Have Prostate Issues As We Age?

As men age, they are at an increased risk of developing prostate issues. Many men are unaware the problem exists until they begin having uncomfortable symptoms. Below is an overview of the types of conditions that can affect the prostate gland and when they are most likely to occur.

What Is The Prostate Gland?

The prostate is a tiny gland located near the rectum. This gland plays a key role in the production of semen and it gets bigger as a normal part of the aging process. However, problems can arise if this gland becomes too large.

The most common problems associated with the prostate and older men include:

There are several factors that can increase the risk of prostate issues or cancer in older men such as:

When the prostate gland begins to enlarge, it may not produce any immediate symptoms. However, once the gland becomes too large most men begin to have prostate issues that produce symptoms such as:

Prompt diagnosis of prostate issues is the key to reducing the uncomfortable symptoms it causes. It is also important to rule out prostate cancer as the cause of symptoms. Doctors can use a variety of tools to reduce the symptoms associated with prostate problems such as:

Some men are unaware they have an enlarged prostate gland until it shows up in a routine medical examination. In these cases, doctors may recommend waiting until symptoms become a problem before beginning treatment for the condition.