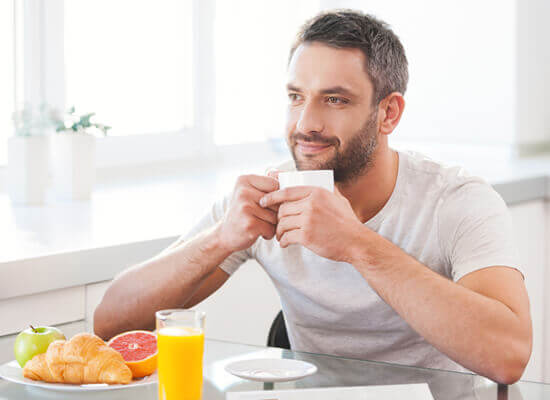 Why you should be a morning person

What do Virgin founder, Richard Branson, First Lady Michelle Obama and Starbucks CEO Time Cook all have in common? They all get up super early! There is a lot of evidence that shows early morning wakeup’s are beneficial to your health and life!

1)You have more time to eat a healthy well balanced breakfast:

If you wake up late the odds of you grabbing something fast and unhealthy on the way or not eating at all skyrockets. If you have time in the morning, you can make that well rounded protein packed meal! 2)You’ll get a better night sleep:
It’s important you get 7-9 hours of sleep per night! Getting into the habit of going to sleep early and waking up early you’re most likely getting into a natural sleep process.

for 20+ minutes can boost you mentally and physically for up to 12 hours! Making you head clear, productive, and better at problem solving.

4)You can be more successful:

There has to be a reason that most CEO’s and other successful entrepreneurs get up early. Because it works! Studies show employees who perform better in the mornings are much better positioned to move up in their careers!

The genetic testing company 23andMe studied almost 100,000 people and published that being an early bird is linked to having a lower body mass.
Does this evidence inspire you to wake up early in the morning? Let us know if you’re an early riser or night owl in the comment section below!

Watch the HealthyMale Video Being a Morning Person Can Do What?!

There are all sorts of reasons why you may be experiencing insomnia. Whether you’re having trouble falling asleep, not staying asleep long enough or waking throughout the night, the culprit could be anything from stress to certain prescription medications. NightMaxx can help you get your sleep cycle back on track.